We'll be here, even when you least expect it.

Home Blog IT'S ALL BY GEORGE FOR CLINT
4Apr 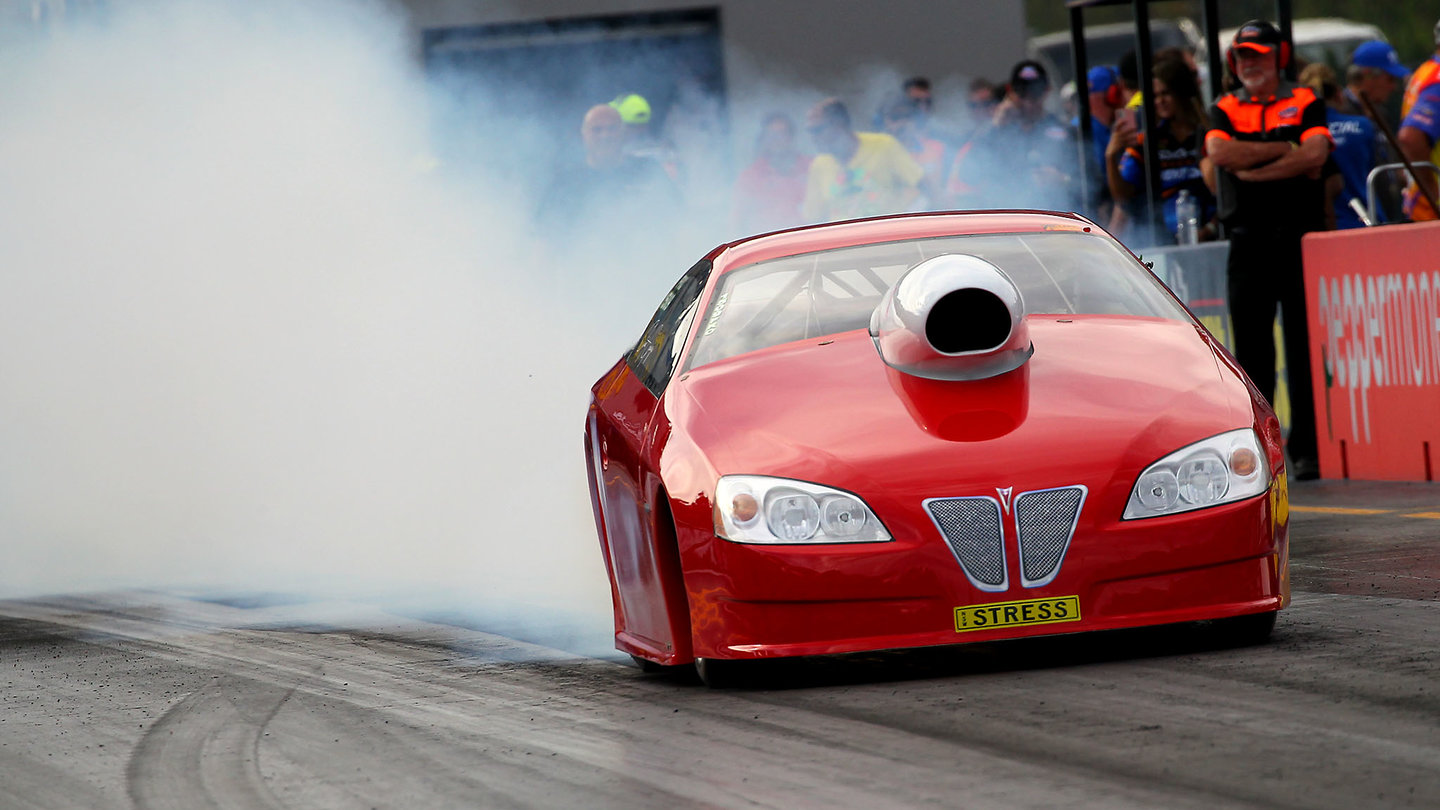 IT'S ALL BY GEORGE FOR CLINT

Clint George is a relative newcomer to Pro Stock, but the 42 year old from Long Jetty in NSW is hardly an overnight success story.

Hard work and determination have been a hallmark of his drag racing career that began at Eastern Creek Raceway back in the late 1990’s when he was 17 years old.

“The bug bit pretty hard back then, I had a 2 door HQ Monaro that was running 11.6 in Super Street – pretty tough for back then!”, he remembers.

It’s a long way from an 11 second streetcar to his current Pontiac GXP Pro Stocker, but as a mechanic by trade George took great pride in not only the performance of the cars, but also the presentation.

“I’m a bit of a stickler about my cars – they always have to look as good as they go!” George laughs. The proof is on the racetrack though, with his previous cars being a tidy Super Sedan Torana and Chevrolet Cavalier Super Stock car, all with his trademark red paint work and white hood scoop.

Success has certainly followed, with numerous Gold Christmas Tree trophies on his mantel piece – with the Winternationals 2014 taking pride of place as his most treasured wining Super Stock.

The Pro Stock seed was planted many years ago when Clint was just one of the kids hanging off the fences at Eastern Creek Raceway watching heroes like Peter Ridgeway take to the track, “I always loved Pro Stock – everything about them. I used to draw them; I was obsessed with it. I never thought that racing a Pro car would ever be in my future because it just seemed like a massive mountain to climb.”

The dream became reality with the purchase of his current car from Dennis Whiting. “Dennis has been awesome the whole way through, an absolute gentleman”, Clint says. “When we got the car, we literally stripped everything off it – every nut and bolt has been replaced and there is nothing on the car that we haven’t touched”.

“I began Pro Stock with the intention of doing the engines myself, but the time that it takes to put in the R & D combined with the time away from my business means that it just wasn’t working”, said George. “This season I have gone with an engine from Aaron Tremayne and we are just starting to scratch the surface of it’s potential.

For the Gulf Western Oil Nitro Champs, Cline George’s aim is simple. “I want a six second timeslip – that’s the ultimate goal”, he smiled. “After that, winning a race would be awesome as well”. Winning is not out of the question, with George finishing Runner Up and the recent January Top Fuel event at Sydney Dragway.

“I have to thank a few people for their support, people like my dad (Michael George), Ian Carpenter, Michael Beecroft, and Aaron Tremayne”.

Tickets and Entries are available now at www.SydneyDragway.com.au .

Something you need to know? Check out our Frequently Asked Questions!!